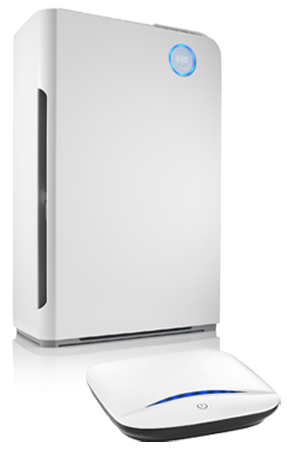 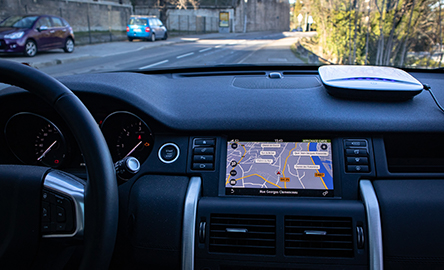 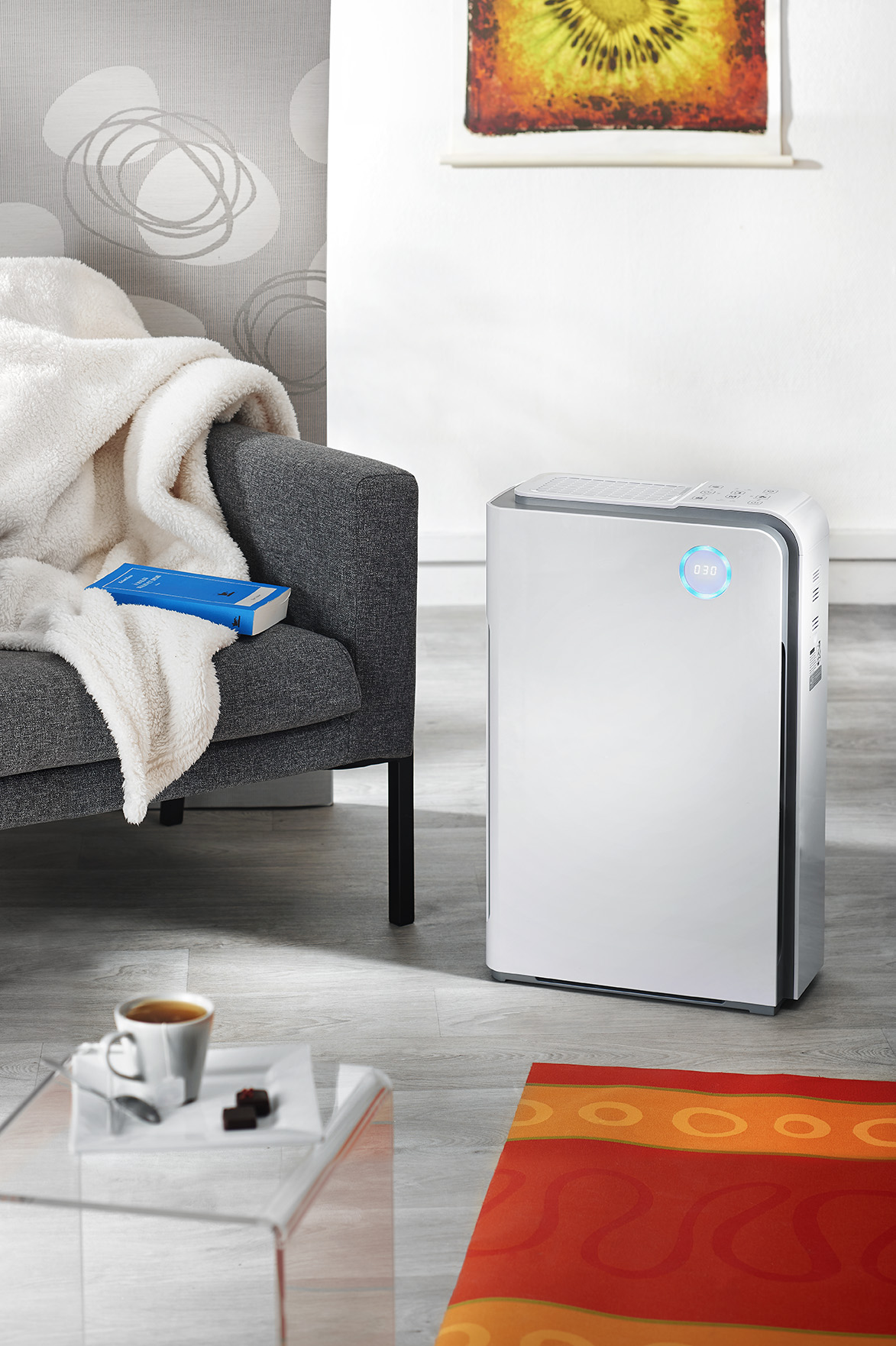 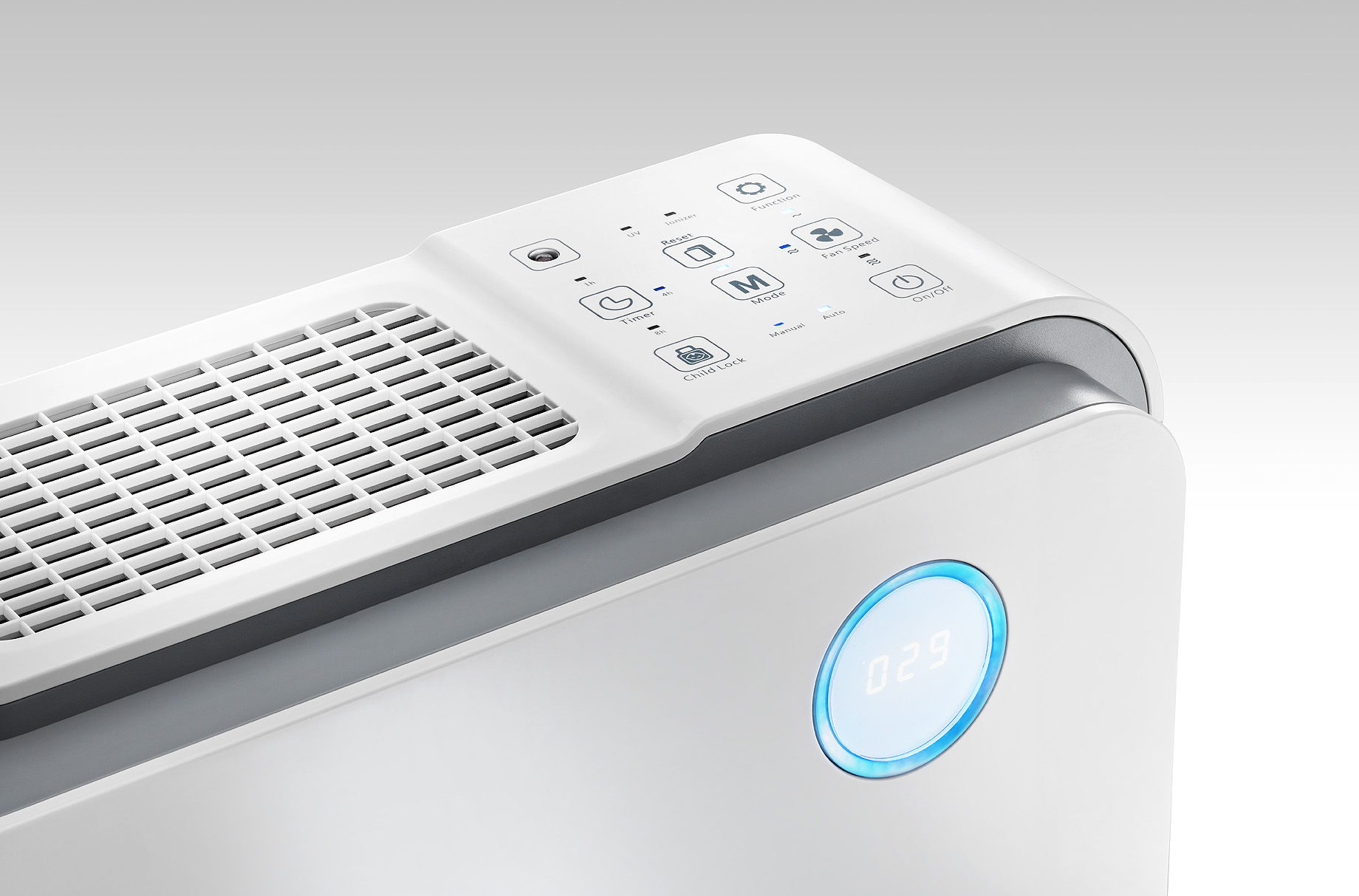 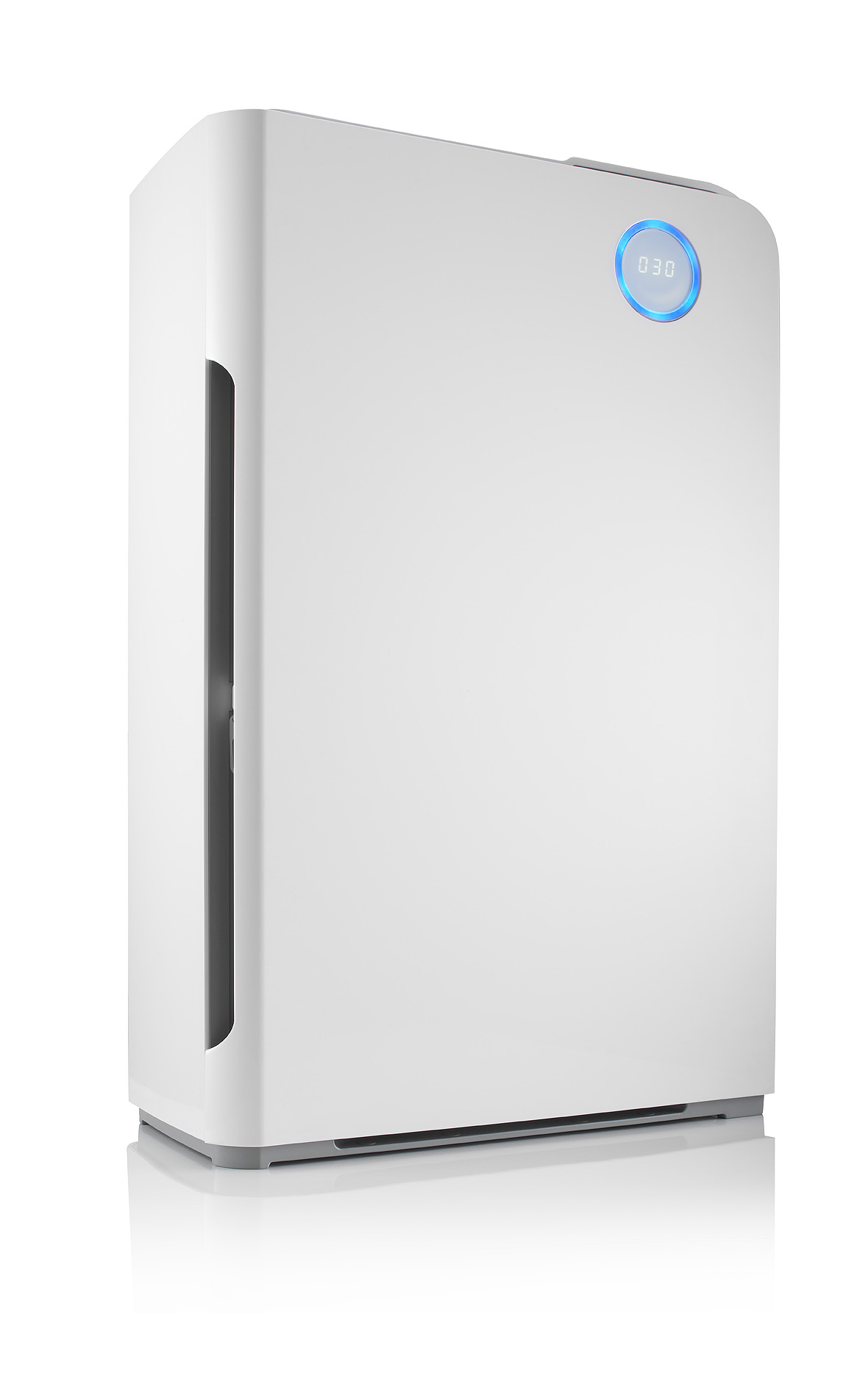 Satisfied or money back ! during 30 days

Our Mobility professional pack has been designed especially to meet the needs of professionals who want to purify their air both in the office and on the move.

Our Maxim is : Everyone deserves to live in a healthy environment,

Indoor air can be polluted in the office, due to outdoor pollutants entering the room, but also the usage of printers and other devices.

Pollution, bacteria, odors, fine particles, our purifiers will clean the office as well as your car and the hotel room.

This mobility pack is the combination of two of our purifiers with different and complementary features, one for the Office and the mobile one that can be utilized either in your car or in the hotel room.

Pollutants and particles will be removed from the air and captured with our efficient hepa and activated carbon filters.

Our most advanced purifier available within our AIR AND HEALTH range, highly complete and efficient.

Its four speed levels powered with a German electrical engine will allow you to filter 320m3 per hour in order to sanitize a maximum surface up to 80m2. Managed by a laser sensor it accurately detects the fine particle level in your environment to automatically purify it.

The air will pass through a multi layer filtering system:

First the pre-filter will protect the all system in removing the large particles that could caulk the main filter.

The second filter, the true HEPA medical grade filter will filter the air, retaining with an efficiency of 99,95% fine particles as small as 0,3 microns.

The third filter, the activated carbon filter. Treated with oxygen which opens up millions of small pores it will absorb Volatile organic compound (VOCs) such as gases, chemical fumes, odors.

These VOCs are often emitted by furniture, paints, some building materials and maintenance products such as aerosols.

There is also two other functions added on the A&S 300 "Premium" air purifier, whose activation is done according the to wishes of our users.

The Photocatalyse function, with its system of two UV lamps, is a process that consists of degrading 99% of bacteria in the air into water vapor

The Ionizer function, by using a natural principle which negatively charges the pollutants present in the air to make them fall to the ground which consists in destroying the fine particles present in the air of your interior by transforming them into dust.

The Premium Air Purifier also has

- A night mode which reduces the noise to the minimum, lock it and dimm the light emitted by the device.

The Premium Air Purifier will be your ally to reduce bacteria transmission, against allergies, pollen allergies as well as animal hair allergies but also helping you fighting against asthma and bacterial disease.

Knowing that the indoor air is two to eight times more polluted than the outside, the Air and Health Premium air purifier is the perfect partner to improve your health and well-being on a daily basis.

The A&S 300 Premium is a purifier well suited for a classic waiting room.

Our high mobility offer within the AIR ET SANTE range, fairly small this purifier is actually efficient, it detects automatically the odors and adjust the air purification accordingly.

It helps fighting against:

Allergies to animal dander and hairs.

This air purifier is a Multi layer of three filters, a cold catalyst and a ionizer.

The HEPA filter stands for High Efficiency Particulate Arresting filters. It's a filter designed to capture small airborne particles that are less than 10 microns and and catch also ultra small particles as small as 0,1 micrometers.

The HEPA 11 we are using traps 95% of the ultra fine particles PM 2.5, smaller than two and a half microns in width, therefore 40 fine particles could be placed on a humain hair width.

The A&S 20 Air purifier is also equipped with an ionizer Natural principle that negatively charges pollutants in the air to make them fall to the ground you can switch it on or off according your need and feeling.

The ionizer function works with a negative ion emitters, these ions aggregates to the pollutants and make them fall to the ground

Beyond filtering pollutants and preserving your health, this device is ideal for sensitive people, and multi-chemical sensitivity people.

The A&S20  Air purifier is well suited for car it will sanitize a maximum surface of 7/8² and it treats 35 m3 of air per hour.

The delivery of the Premium and Mobile air purifier is done in "Plug and Play" mode, as soon as you receive the device you can connect it, switch it on and it will automatically begin to filter the air of your interior.

Programmed on automatic mode, a red light indicates when the purifier is in action and treating and sanitizing your indoor air

A green light indicates when it is in standby and that the air of your interior is clean.

A third indicator light tells you when you need to change the filters. Depending on your usage and your environment, it can light up between 6 and 12 months. You can acquire the Premium Air Purifier filter pack, as well as the two UV lamp packs according to your needs.

Give your opinion !
By continuing to browse through our website you agree to our use of cookie.

Satisfied or money back !
during 30 days